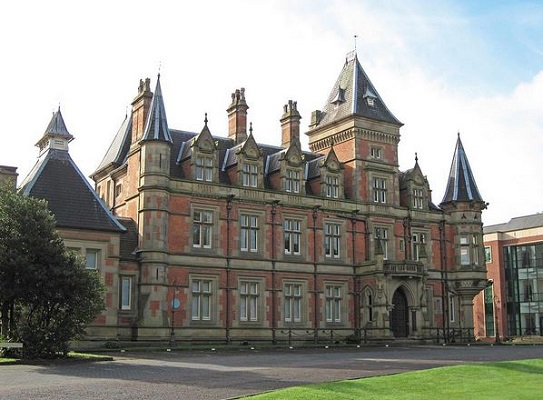 Once the home of the founder of the Guardian newspaper and the place of the signing of the contract for the Manchester Ship Canal.

Didsbury is overwhelmingly a product of the 19th century and its architectural crown is a Victorian mansion, ‘The Towers’, built 1868-1872. The architectural historian Sir Nikolaus Pevsner called it “the grandest of all Manchester mansions”. Designed by Thomas Worthington, architect of the Albert Memorial in Albert Square, Manchester, it was popularly known as the ‘Calendar House’ as it has 12 towers, 52 rooms and 365 windows.

It was built for John Edward Taylor, founder of the Manchester Guardian, and was sold in 1874 to the engineer, Daniel Adamson. The decision to build the Manchester Ship Canal was taken in the drawing room of the house by Adamson and a group of associates in 1882.

The house and its estate was bought in 1920 for the use of the newly established British Cotton Industry Research Association.  One of the cotton spinners, Mr W. Greenwood, met a large part of the costs and asked that the place be named after his daughter Shirley, hence its name the ‘Shirley Institute’.

Purpose-built laboratories were subsequently opened on the site.   Much of the fourteen and a half acre estate has now been developed as a business park, with some striking modern architecture, housing offices for national companies such as John Lewis and British Airways.