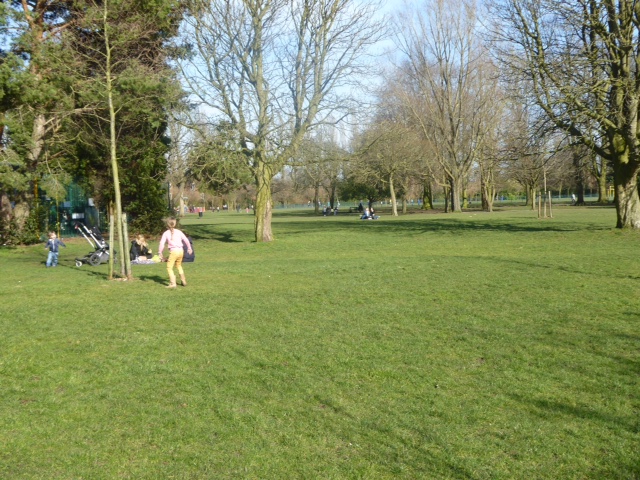 Didsbury Park was one of the first municipal planned parks in the city and was redesigned in the 1920s to include recreational features for residents, such as bowling. It has a children’s playground, football pitch and bowling green.

Didsbury Park lies within the St. James’ Conservation Area and contains trees under preservation orders and mainly consists of grassland, woodland and flora. There is said to be an old air-raid shelter underneath the football pitch.

The park is used mainly for dog walking, recreational play and bowling but is also very popular amongst young people and families for picnics on sunny days.

There is an annual one day Didsbury Festival procession in June and a Classic Car show in July; both take place in the park which is also home to the local charity ‘Didsbury Good Neighbours’.  The charity is based in the refurbished pavilion (partly funded by the Holt Foundation) and houses a café for all to use.

Friends of Didsbury Park volunteers are currently restoring the park.