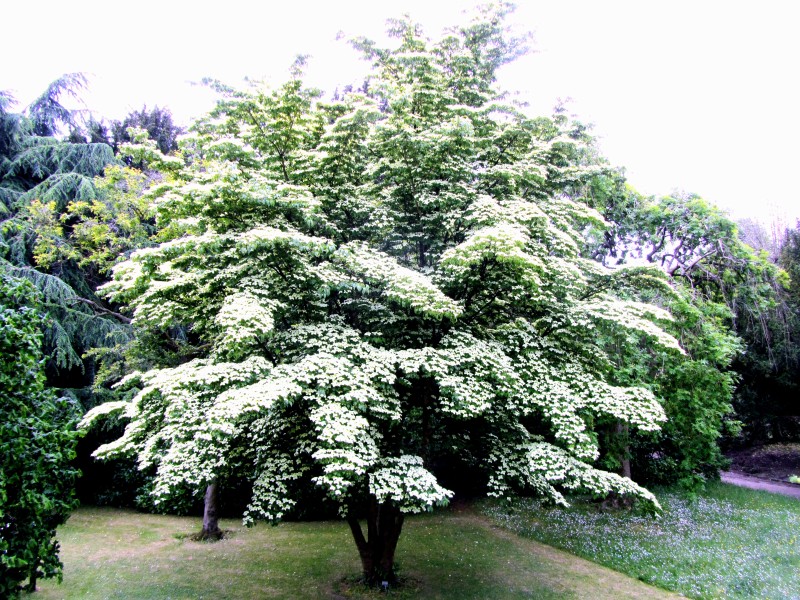 A very special garden – it has won Gold in RHS competitions and has been described as “the best garden in Manchester”.

These gardens are opposite the ancient parish church of St. James’ on Stenner Lane, entered through the Eagle gate. Until the last century this area was the centre of village life with the village green and two pubs.

This small, but atmospheric, garden allows you to step back to a quieter, gentler time when the olde-worlde garden was tended for so many years by the Old Parsonage’s most famous residents, Alderman Fletcher Moss and his family.

There is a formal garden with flower beds full of seasonal colour and there are many benches to encourage the visitor to sit and enjoy the surroundings and view the church.

There is a greenhouse which houses a collection of alpine plants and on the lawns a variety of interesting small trees including a very rare specimen of an early bio-engineered tree (Laburnocytisus Adamii), that still survives today. The front of the house is dominated by several magnificent old trees, the tall palms give the house a ‘colonial’ feel. There are many curiosities to be found in these grounds. The graves of several of Mr Moss’s dogs, with their respective headstones, are underneath one of the sprawling trees in front of the house. Even a favourite horse is reputed to be buried there.

Near the secondary gate, there is a milestone which was originally situated at the Parrs Wood turnpike toll bar.

One of the most recognisable images of Didsbury is the main gateway to the gardens. This was part of the Spread Eagle Hotel, on Corporation Street, Manchester, where Fletcher Moss had once been proprietor. The gate was bought by Mr. Moss as a souvenir for ten pounds when the Hotel was demolished in 1902. The Didsbury Civic Society logo carries a representation of the ‘Eagle Gate’.

The Garden is now maintained entirely by volunteers from the Friends of Fletcher Moss Park and Parsonage Gardens and has won many accolades – Outstanding/Gold in the RHS North West in Bloom and the silver cup for the region, denoting the highest RHS award.  More information can be got from: