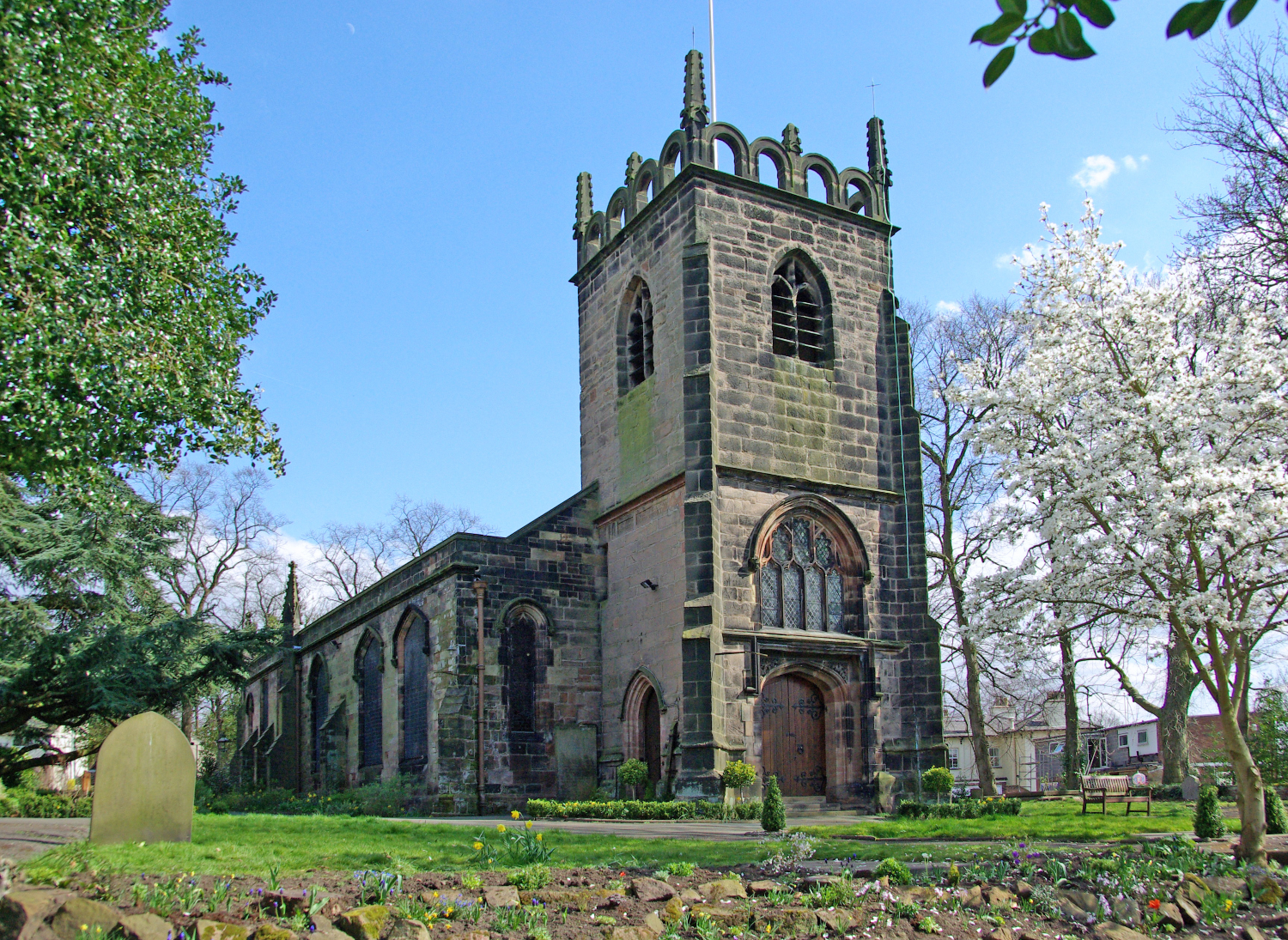 St James Church is the oldest church in Didsbury and is a ‘Grade 2 Listed Building’.  Its origins can be traced back to 1235 when Didsbury was a tiny rural hamlet.

The history of St. James’ Church, which dates from at least 1236, is completely intertwined with the development of Didsbury from a tiny rural hamlet to a thriving suburb of the City of Manchester.

The names of many of those who have worshipped here over the centuries and have been baptised, married or died here, are known both locally and nationally.

Some of this history is detailed below and can almost be re-lived by a visit to the church:

The west tower is the oldest part of the present building as it was rebuilt in 1620 after a fire. John Moss, father of Fletcher, Mabel Louise Barnes, daughter of Thomas Barnes (Barnes Hospital), the Watts family (Abney Hall and the Britannia Hotel in Portland Street) were all involved in the major refurbishments of the interior and exterior of the church which occurred from 1850 to 1911, creating the Gothic-style building.

For more information go to: