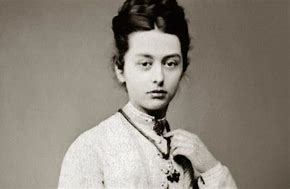 The sad passing of Jim and his funeral which had taken place earlier in the day opened the meeting discussions. It was heartening to hear his contribution to medicine his concern and service to people and life generally. We look to make a suitable visible recognition of his life, probably in the Jubilee Garden, followed by a refreshment at Ye Old Cocke, when restrictions are lifted.

Jajoo: The building and business has been visited by MCC with warnings issued regarding none approved works and changes, pavement blocking, builder`s rubble and rumoured tree works.

Shell Garage: A well-presented change of conditions application was made at the 1st February 21 MCC Planning Committee meeting.  The garage was represented by an expert solicitor, in licensing law. Despite the resident`s concerns and objections the application was approved.

DCS Newsletter: A reminder was issued about the deadline of the 1st March 2021 for the submission of copy.

Meeting took place as usual prior to General Meeting. The hard copy details at the ned of these minutes. In summary:

Emily Williamson Statue: (MCo) raised a question regarding the proposal and the current situation of the none involvement of the DCS concerning heritage and history. (AS) explained the current situation, processes, sculptor selection and MCC agreement to the site acquisition. Importantly there is only one known picture of Emily in existence for the initial artwork. (PD) reminded that it was important to ensure that the chosen site was suitable for all people with disability.

Mersey Valley Flooding: A considerable amount of discussion took place (MCo, AS, RK, PD, GB, RMC and JL) regarding the recent flooding situation and the opening of the Didsbury sluice gate, evacuation of residents, the wide extent of flooding and the need for a temporary installation of water pumps. The occurrence was regarded as an unprecedented situation rather than a quoted figure of odds and percentages, as it has been described. The DCS on behalf of the residents look forward to an official update and report of discussions between MCC and the Environment Agency and the solutions to be offered. There was also discussion regarding a previously discounted proposal to provide a water course dispersal route for any future Mersey overflow to be directed through Bradley Fold Allotments to the golf course, all of which we understand is still part of ongoing discussions.

The DCS offers its thanks to the Emergency Services, the NHS, the Ambulance Service who deployed an ambulance on overnight standby on Stenner Lane and the Didsbury Mosque for its care of evacuated residents.

Jubilee Gardens:  The DCS is conscious that the Jubilee Garden requires some TLC, with replanting for spring, new bulbs and perennial plants for all year-round colour. A request has been submitted to the local Southway Ranger for details of the contract working T&Cs, though no response to date. (AS) requested an email of concerns for discussion (MCo) will forward them. The garden, is also under extra pressure as it acts as an extension to Café Nero during Covid-19 with its “take and go” service. There is a need for extra waste bins due to the numbers using the facility. Discussions are required with Café Nero regarding a contribution to funding for the additional bin clearance required or perhaps one of the Barista Team to carry out the function regularly?

(PD) raised again the issue of the absence of Covid-19 Marshalls in Didsbury and in particular Stenner Lane with very high volume of cars parking up and manoeuvring etc to walk the Mersey Valley.

(BJ) raised the situation of waste bins in Didsbury Park continuing to be generally overwhelmed despite requests and the provision of smaller waste bags and “Billy Baggit notices to take your litter home” There is also a general acceptance of visitors just leaving empty cups on walls, flower borders and the waste bin at ground level. Interestingly, the outlets all have their name printed on the cups and bags.

(MCo) asked why there looks to be an absence of PCSO`s again in Didsbury. Have they been allocated to alternative tasks by GMP. (PD) reiterated the question of the lack of Covid-19 Marshalls in Didsbury which is busy with footfall generally usually with residents and visitors heading to the Mersey, Stenner Woods and Meadows and the Parks every day. Covid is not just resident in the city centres which are obviously down on footfall!

We have now received the first set of activity figures for the DCS which give a pen portrait of activities for the society eg 715 views in the month with 216 users and 215 new users. Of those visits there were 56 looking for Meeting Minutes, 36 for Places to Visit, 36 for Places of Interest, 35 about the DCS generally and 29 to read the Newsletter.

Next Planning & Licensing Meeting@ 6:45 for the Planning and Licensing sub group, and the General Meeting @ 7:30 on the 8th March 2021 via Zoom.