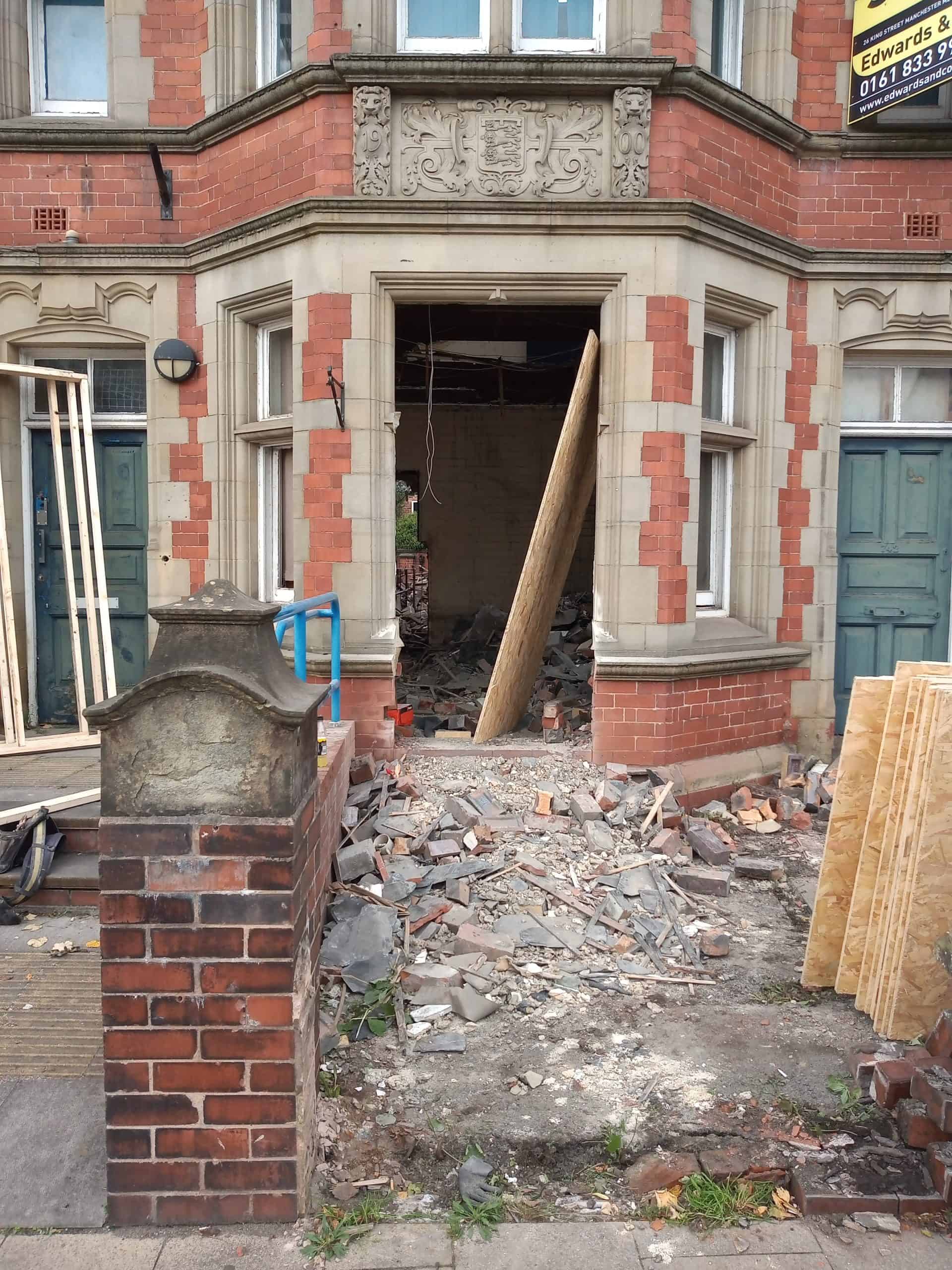 Minutes have been issued and accepted: Proposed (CW) and Seconded (GB)

Two of the three matters arising are now starting to progress.

Shane Johnstone, the artist, is confident he can improve the wall but added that the window area cannot be restored. The adding of a vinyl type window transfer could be a possible solution. Awaiting a price, on a day rate for 2 to 3 days work with an aim to start the work early 2022. Shane will provide an artist`s impression, probably a water colour to be ready in the new year, with copyright passed over. This project will clearly require funds being raised.

This is progressing well and has included the cutting back of the invasive laurels, for which there are now plans and agreement to mechanically dig them out after Remembrance Sunday. The project also intends to level the ground which has been built up with soil and debris. The newly visible wall of the Dominos business needs a safety inspection, and has potentially dangerous loose brickwork which can be moved and could fall-out,  it has now been reported to MCC.

It was also advised that the Council have been very helpful in the works undertaken to date in this area. It is also proposed to set up a Crowd-Funding appeal page, aimed to raise approximately £30k. In addition to the landscaping of the area there it is thought that ambient lighting, seating and the undertaking of a possible artwork could take place. The scheme will be wholly a Didsbury project with participating groups working collectively. There could also be new names added on the Cenotaph, eg those currently contained within the West Didsbury Synagogue.

MCC Update: John Pickston of MCC Dangerous Buildings has advised that the exterior wall has been deemed safe. He has advised that he will also write to the building owners to appraise them of their obligations and the duty of care to the public with regards to this property.

This is scheduled for Thursday, 18th November, at Didsbury Neighbourhood Centre. Speakers are Hue Coe, Professor of Atmospheric Composition, University of Manchester and Pete Abel, Friends of The Earth. Bus operator Stagecoach will also be there to answer any question on bus transport.

The MCC climate change officer has been invited but has declined the invitation.

During the hours of darkness. It has become difficult to clearly see on certain roads as the tree canopies are again overgrowing and obscuring the recently upgraded lighting. Namely Barlow Moor Road and Nell Lane both sides of the Cemetery, Palatine Road from the Barlow Moor junction to the Northenden Bridge and Wilmslow Road from The Olde Cocke to Sandhurst Road are particularly affected as are some side streets. Including the passageway to the side of the Didsbury Tennis Club past Broadoak School, the Den (Scout Hut) and towards Oakway.  In some places such as Kingsway, trees are starting to reach across this busy road.

The Arbor-team will be contacted by (JL) to see what is planned to un-obscure some lights and signs. It was also advised that Planned Maintenance is currently problematic due to lack of resources. Although safety has to be paramount in such matters. It was agreed a list of locations will be provided by DCS (MC) as they arise.

It also appears to be unclear what action people should take reporting any emergency with trees. In working hours it is to contact the tree team and they are usually quite quick. There is also an out of hours emergency number which is usually best. Going through the contact facility on the Council CRM system is not particularly effective (with a 20 days standard response rate always quoted) so if it is a real emergency, it is not a recommended reporting route. During the discussion several attendees again raised the problem of not being able to upload support photographs with CRM enquiries to support reported issues. This was agreed as a good to have reporting enhancement, but has not been seen or supported by MCC as important to residents.

The Councillor attendees advised that they were not aware of any plans to address this problem. The DCS would ask that this facility requirement request is raised by the District Management Team as important. To allow for easier and concise reporting by the public, and reducing the physical data entry required each time.

DCS wanted to photograph the inside layout and facilities for historical purposes before redevelopment, but could not gain access from the owner. It is a positive view that the property will be significantly improved after several years of being vacant and deterioration taking place. Again, could the district management team raise this question with Planning and Licensing that Civic Societies are granted access to record and photograph listed buildings for historical purposes, as part of the permissions granted. Very importantly after Manchester City Centre there are more listed buildings in Didsbury where detail and history could be lost should this arise again. MCC Planning should insist that location access forms part of the granting of permissions process in listed buildings.

This will be in December 2021 and is likely to be online.

The DCS has also received back its sequestrated funds from Chancellery of the Duchy of Lancaster. Which relates to the “Gargoyle Account” after tremendous support from London Barristers Farrer & Co on a Pro Bono basis.

There was no additional business.