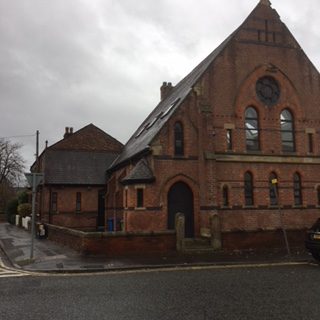 1.Apologies: Jim Leeming MCo provided feedback on Jim`s health and that the he was in good spirits

There were no Matters Arising

The above had been circulated. MCo highlighted key expenditure areas, such as, new DCS gazebo, Heritage Open Days brochures, and website costs. The website had previously been set up by a Member and DCS was billed accordingly for the website. MCo explained that he had augmented the DCS accounts to aim to have just one DCS account. In this regard he had passed a cheque to the Didsbury Traders, (Andrew Slater of Andrew Graham Shoes), for £535 for the account known as Carols and Lights and this account was now closed. The Lloyds Bank account was closed December 2019. This held residual Members subscriptions who were unable to be contacted. The HSBC social account was also closed and monies transferred to the main HSBC account. Cllr. Andrew Simcock referred to e mails recently sent to the Chair to ask if the Gargoyle Account could be used for the purchase of two defibrillators. MCo stated that the Trustees were following the guidelines of the Charity Commission (CC), as the Gargoyle account was as a result of a failed appeal. The first stage of the failed appeal process was to advertise for potential donors. No one has come forward claiming that they have donated. The Trustees are to examine the next Stage of the process which would be to write to the CC for reuse of the monies. Consideration was being given for a number of projects in the December newsletter. The Trustees will consider the next stage of the process for the Gargoyle fund at their next meeting.

MCo: wished to thank Chris Smail for preparation of the accounts.

AS: stated that he had contacted a Cumbrian Clock company to improve and regulate the time on the Milson Rhodes Clock.

Stalls: As Secretary I supported the Chair, Mike Corlett in holding a number of stalls most notably 2019, was our first stall time at Didsbury Pride where we held a tombola. We are pursuing for 2020/2021 improved ideas for the stalls to attract Members and have lots of ideas. We have discussed prizes on the Tombola to include DCS life bags, obtaining a SumUp machine for collecting member’s subscriptions, potential new Members, general purchases at the stalls.

Membership: The upkeep of the Membership data base is very much dependent on Members informing the DCS email about changes of emails, home addresses and the continuation of Membership. When sending out emails we have a number returned as “undelivered” and this is because they have changed or ceased. Occasionally a reminder notes are sent through the post. Or, I make telephone calls to them directly about their email and contact details generally.

Treasurer`s Role: Both MCo and MCh cover the role of Treasurer.

The year 2019 was the first for the new CIO with the reinvention of the Civic Society and the new Trustee board, several of whom are new to the requirements of Trusteeship. The Didsbury Civic Society was previously a Charity and a Company registered at Companies House and had been operating for over 50 years. Our initial changes included the integration of 6 Trustees into the new organisation although all were very experienced in the varied world of work and business. Which was brought about as the result of all the previous management team standing down at the 2018 AGM.

We have reinstated our open physical monthly general meetings, including a pre meeting sub group, who deal with the regular monthly Planning and Licencing Applications. The first year has been a little like re-inventing the wheel and providing us with a new platform for taking the Society forward with a raised profile. We have carried out some rationalisation, reorganisation and introduced a concept of new ideas to bring forward and adopt during our first year of activity and onwards.

During our initial year we have carried out or started the following actions. Rationalised, our Bank accounts to one main account, closing older and unused ones. The signatories have also been reduced to any 2 signatories from the 3 trustees, of those approved within the signatory mandate.

with. We would prefer to see the investigation of TAGs, calling cards and colour schemes used, which could provide the perpetrators identity and make them traceable with some effort.

All in all, an eventful year for the DCS and we look forward to delivering more in 2020.

The Chair: Mike Corlett was re-elected, The Secretary Mary Christie was re- elected

All remaining Committee Members were reappointed having agreed to re- stand Gordon Browne, Dominic Hardwick, Richard Kilpatrick and Pam Venning.

Co-opted Members may be invited to Trustee Committee Meetings

a) Public Toilets Barlow Moor Road: Mary Christie asked what was happening to the public toilets after the last attempt by MCC to sell or change of use through social enterprise. Cllr. AS, agreed to investigate.

b) East Didsbury Railway Station: Still in delay, Network Rail had not progressed installation owing to Covid-19 restrictions. MCo asked about the continual water leaks off the bridge, Cllr AS agreed to contact John and Judith Robinson who were dealing with this project.

c) DCS Website: This is up and running. Many thanks to Elaine Sams and Alex Hemingway.