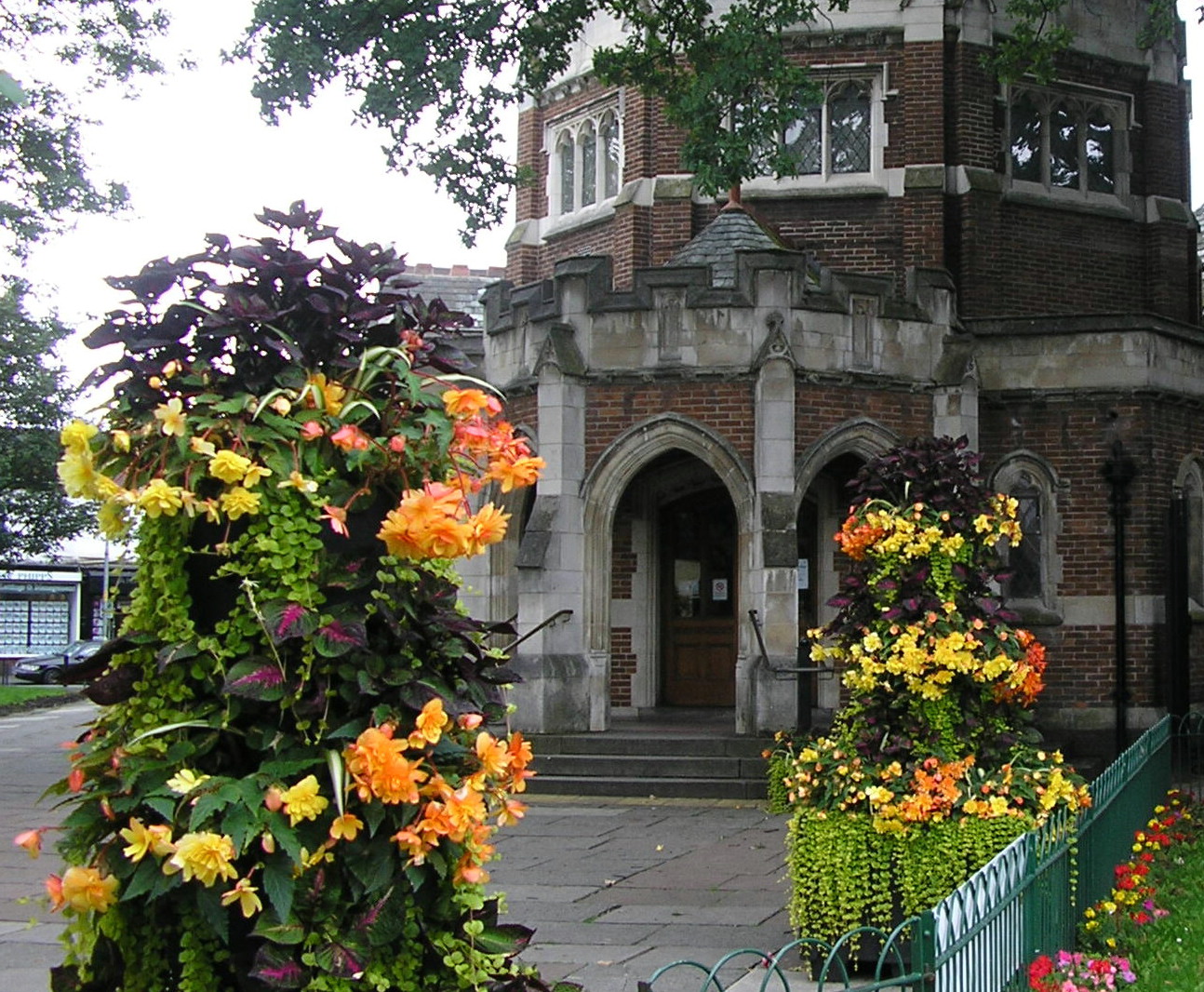 In 2015 the library celebrated 100 years of serving Didsbury people! Fletcher Moss, dismayed by Didsbury’s lack of a public library, was the main founder and persuaded others to support him.

Alderman Fletcher Moss was dismayed by Didsbury’s lack of a library, and persuaded one of the richest men of the time, American philanthropist Andrew Carnegie, to pay for one.Didsbury Library was designed by Henry Price, the Manchester City architect and was erected in 1915. It is a curious building, looking even more ecclesiastical than Emmanuel church next door – a temple to learning. It was, however, well designed for its purpose and has served Didsbury for a century.

For more information click on the following links all of which will open in a new age: